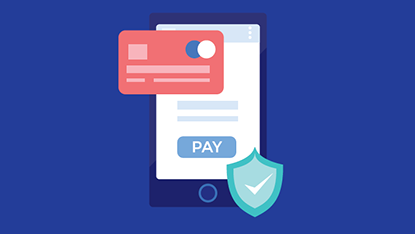 Becoming a player with security

In 2013 Netcetera was working under intense pressure to turn its hosted services for the 3-D Secure process (3DS) into a product. The 3DS protocol was implemented as early as 2003 in a major feat for Viseca, which markets Visa and Mastercard credit cards in Switzerland – on one of Europe's first Access Control Servers (ACS).

Subsequently, 3DS was increasingly becoming the standard for authenticating online credit card payments, so that Netcetera received numerous follow-up orders from other credit card issuers. Nevertheless, it hardly earned a Swiss franc over the years. Implementation was too time-consuming, error-prone and expensive due to the software from a third party provider, and the undergirding of the high-security infrastructure was too complex. But Netcetera pushes forward and expands the existing know-how into an integrated 3DS product. After all, the potential seemed enormous.

At the same time the world learns about the most famous whistleblower in the world today. After his first publication of secret documents of the NSA, Edward Snowden shows that data in the U.S. is not as safe as many think.

Subsequently, many credit card issuers whose ACS was usually operated in the USA had to first look for a European solution and quite a few migrated their data to Netcetera in Zurich.

Netcetera has been running its own ACS based on the latest protocol version 2.0 since 2018. In the same year, it was one of Europe's first Access Control Servers to be certified by the EMVCo standardization committee. Since Netcetera has in the meantime also been offering a certified 3DS server under license on the merchant side, Netcetera is now a world leading full-service provider for 3DS.